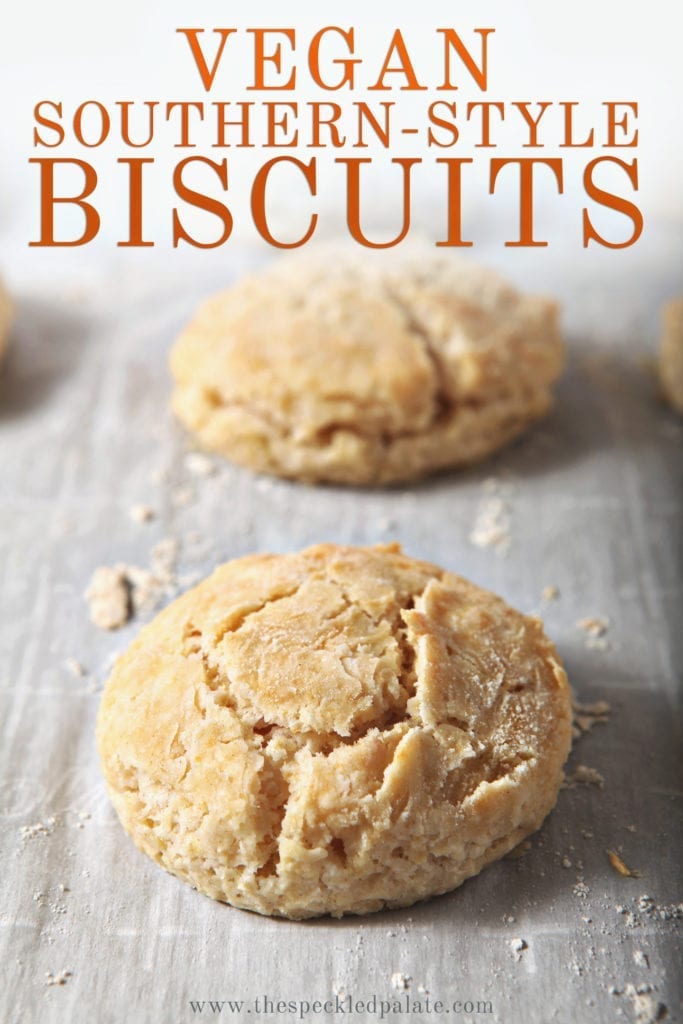 Do you have a hankering for some Southern biscuits this morn? Try my Coconut Oil Southern-Style Biscuits, which are sure to please a crowd and are vegan! 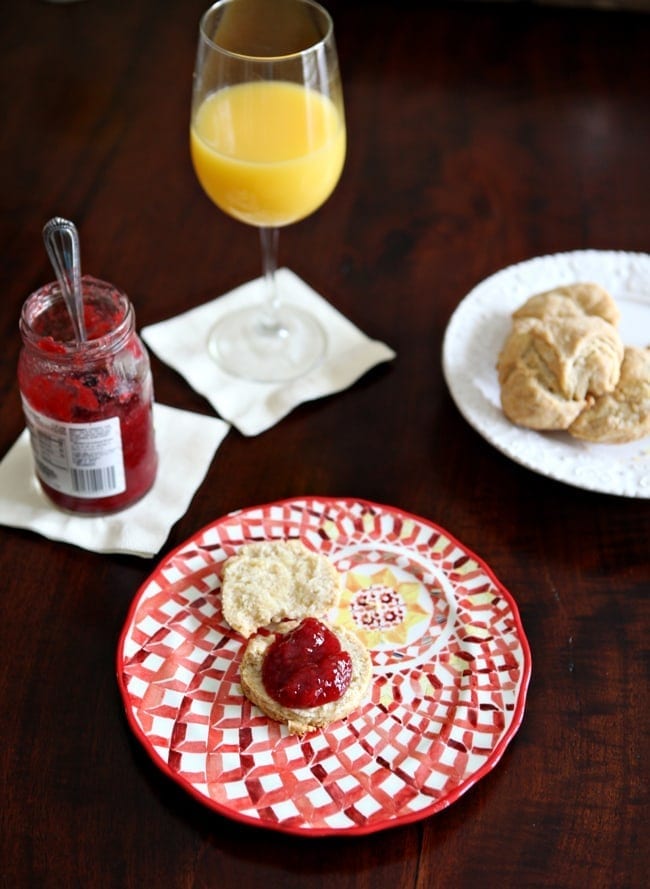 Confession time, y’all. Homemade biscuits used to scare me so much that I didn’t try my hand at the actual from-scratch kind (see: not the ones in a tube from the grocery) until I was 23.

In my young mind, biscuits were like a pie crust, and they took some serious commitment because if you messed ’em up, they were awful.

Fast forward to when I was living alone in Southern Mississippi and had a craving for biscuits one morning. Not wanting to leave the apartment, I actually made some biscuits with the butter, flour, salt and baking powder I had on hand.

It should go without saying that my life was transformed, and I’ve been making biscuits from scratch ever since. 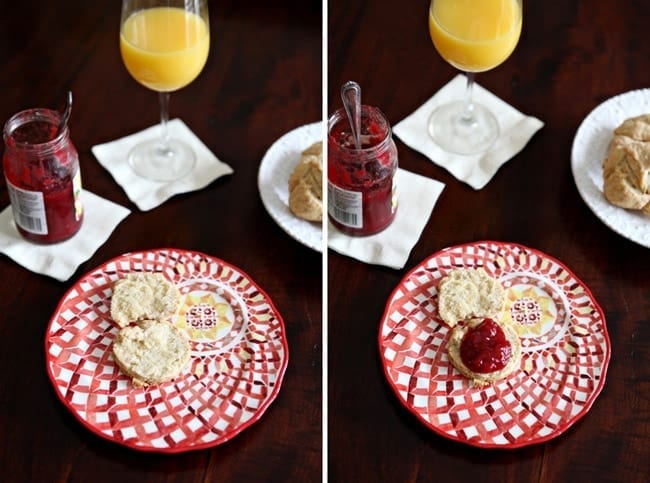 However, when I learned that I was more than likely lactose intolerant this summer, I was told by my doctor to do a three week trial with absolutely no dairy to confirm the diagnosis.

This wasn’t as challenging as I thought it would be. (Because let’s be real: I don’t need to add cheese to what I’ve cooked. And I can sub almond and coconut milk for dairy milk if need be, and they taste pretty similar.) However, I ran into issues when we went out to eat a few times. Living in the South means there is a lot of awesome food, but I had a really hard time finding food at restaurants that wasn’t laden in butter or cream.

So when my in-laws came in town at the end of August for the first LSU game of the season, we made biscuits and boudin, one of my favorite breakfast combinations. When I was prepping the biscuits, I quickly realized my go-to recipe was a no-go since it called for dairy.

What’s a girl to do? 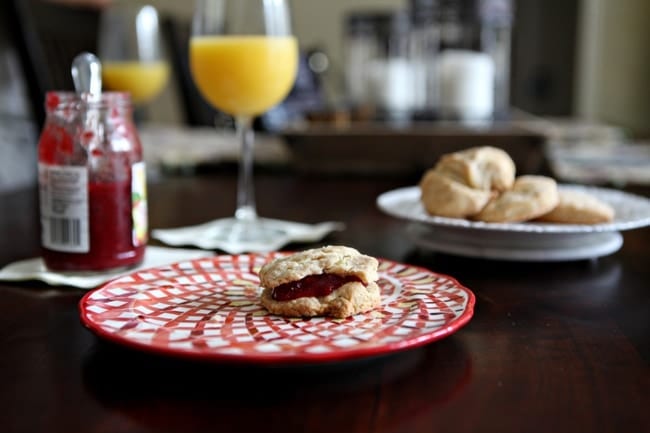 Bonus points? They’re vegan, delightfully flaky and pretty freaking delicious. The biscuits have a light coconut taste, and they crisped up perfectly in the oven. 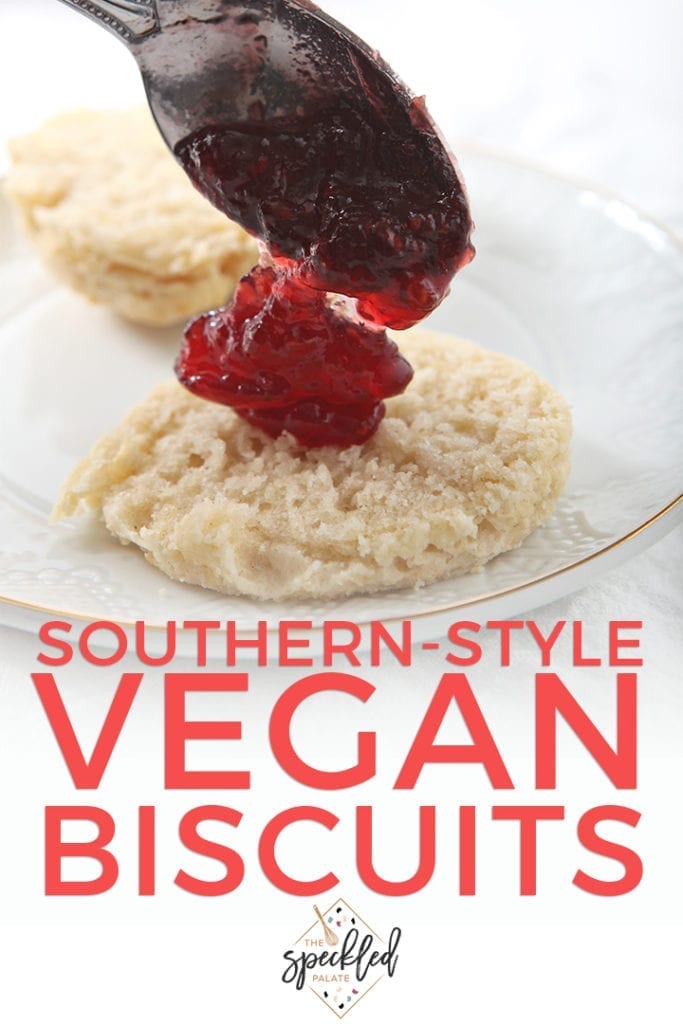 Here’s how you make ’em:

Do you have a hankering for some Southern biscuits this morn? Try my Coconut Oil Southern-Style Biscuits, which are sure to please a crowd and are vegan!

Do you have a favorite biscuit recipe?