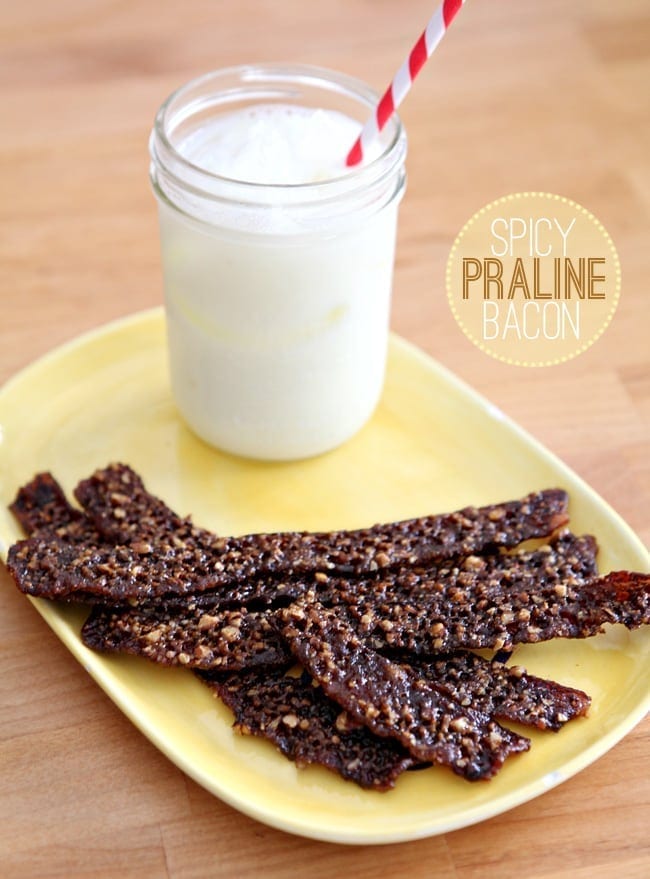 You know that moment when you stumble upon the perfect balance of sweet and salty, all in the same bite?

This happened to me last summer at a little restaurant called The French Press in my husband’s hometown of Lafayette, Louisiana.

We were at brunch for Mother’s Day, and Winston’s grandfather mentioned that we had to try the Praline Bacon offered on the menu because it was something ever person needed to try at least once. I remember dragging my feet a little, skeptical that bacon topped with praline was the best idea. Pa went ahead and ordered us a side of the decadent pork, not accepting my skepticism and telling me it was worth a try.

When our dish of Praline Bacon was delivered to the table, I took a bite, and my mind was blown. Not only was the bacon salty and sweet, but there was a hint of spice in it, as well. And any doubts I might have had about the dish vanished… and I became a Praline Bacon convert. 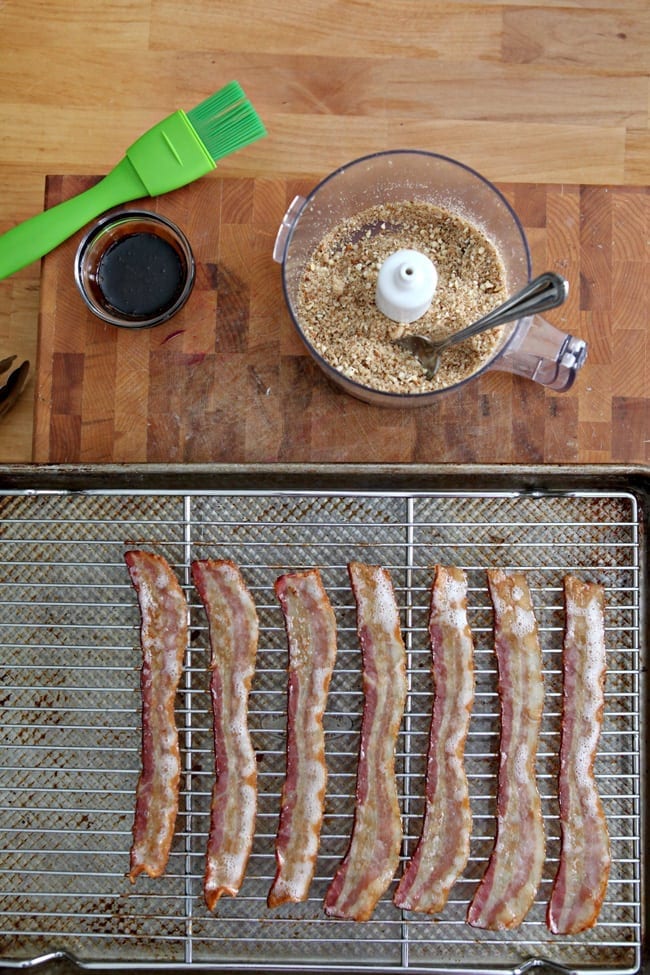 So you must be wondering why I decided to give this dish a shot in my own kitchen, right?

Why not just go back to The French Press and indulge myself every time we visit family in Louisiana? 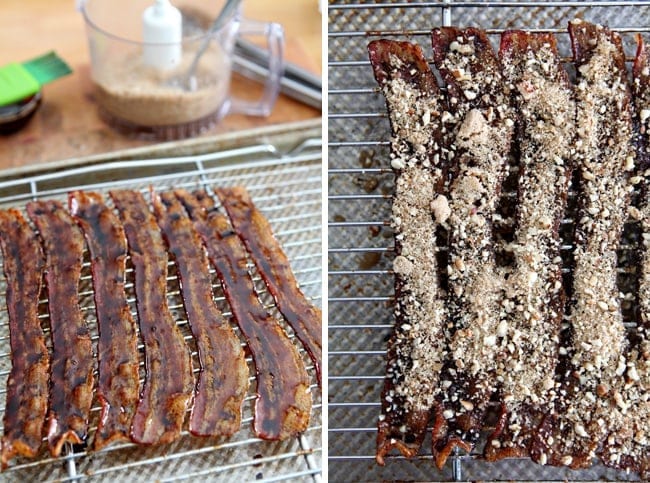 I was struck by a moment of inspiration last week, and it had to do with the James Beard Foundation.

Yes, you heard me right. And no, I don’t normally follow what’s going on at the James Beard Foundation… but I fell down a rabbit hole last week, and I am so happy I did. 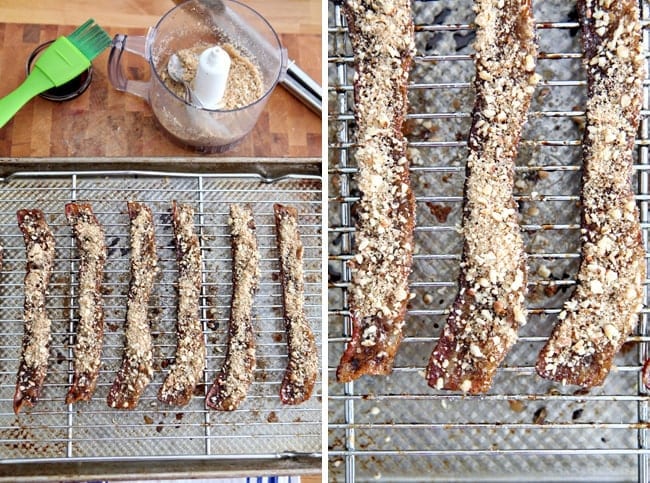 Last week, the 2013 James Beard Foundation Restaurant and Chef Award Semi-Finalists were announced, and I was thrilled to learn that Justin Girouard, the chef at The French Press, is a semi-finalist for Best Chef in the South.

And I started thinking about that Praline Bacon I ate last year.

And then I realized I had a package of bacon in the fridge.

And then I realized I had all the other toppings to make pralines in my pantry.

And then, the idea snowballed, and I was making my own Praline Bacon. Because that is how my brain works, folks.

Sweet, salty and slightly spicy bacon is topped with a decadent brown sugar-pecan praline topping. Spicy Praline Bacon makes a delightful addition to any brunch get together. 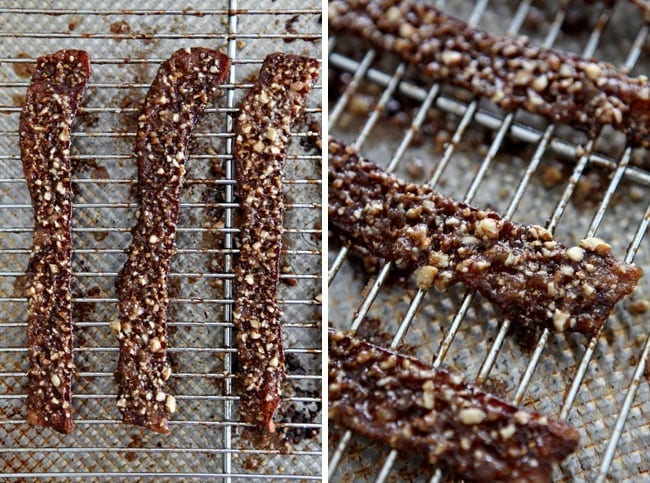 Have you ever tried Praline Bacon? Are you as crazy about it as I am? Would you try it now?