You are here: Side Dishes » Lemon Roasted Brussels Sprouts
Jump to Recipe 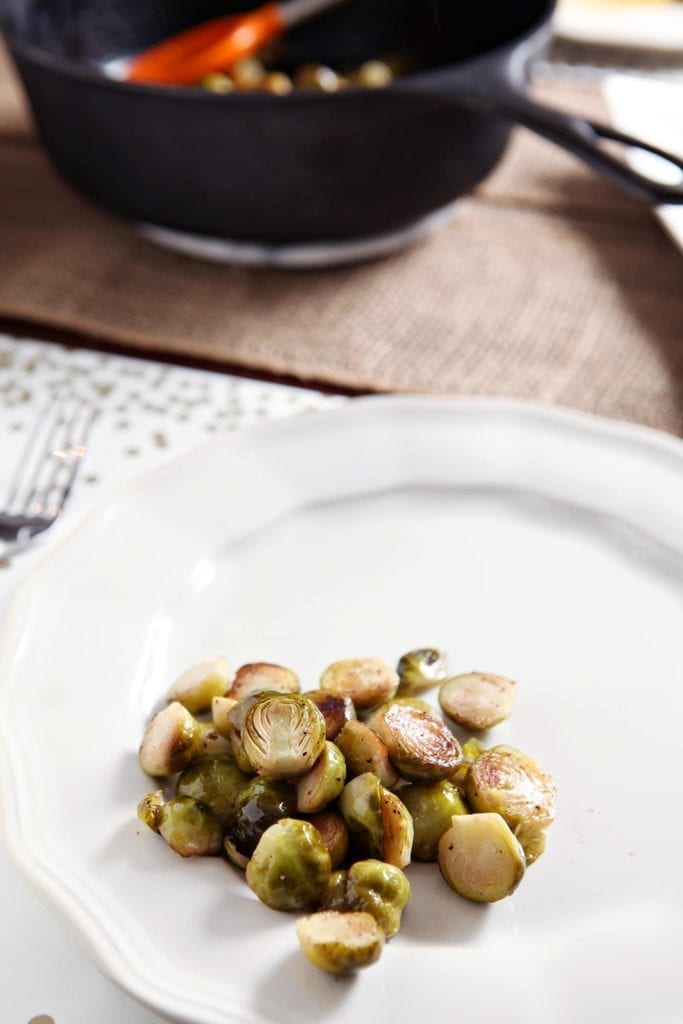 One of my childhood best friend’s fathers referred to Brussels sprouts as “monkey brains.”

Obviously, this was horrifying to me.

And because of this statement… and the clear disgusting association with Brussels sprouts… I didn’t try them until I was nearly 26. 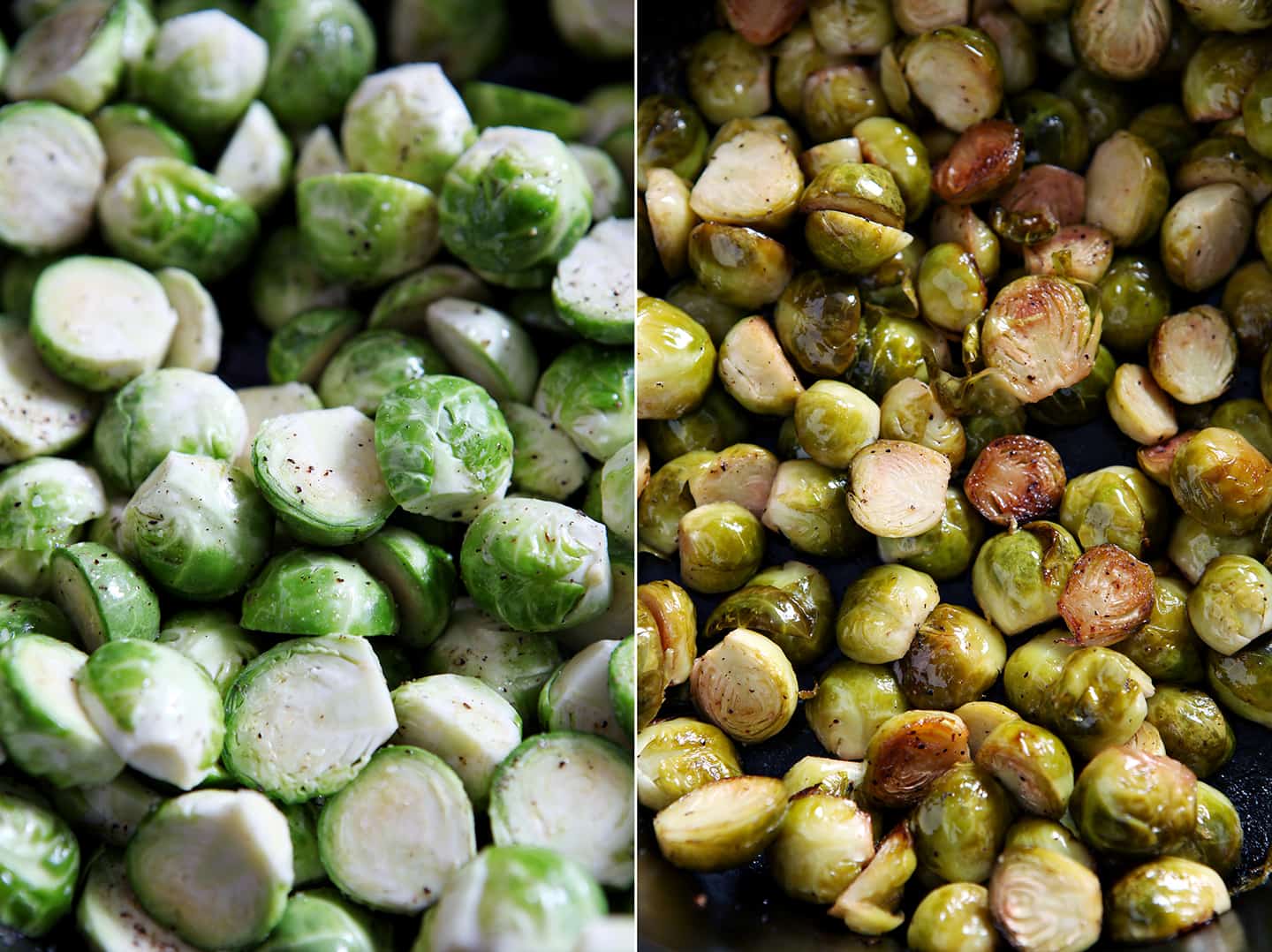 I know it sounds strange, but I remember the night I first tried them like it was yesterday. Winston and I were out to a romantic dinner in Nashville, a treat for us, and we were trying a little place called the Firefly Grille.

I waffled over a few dishes before placing my order, but ultimately decided upon the salmon special. The only potentially bad thing about it was it came with Brussels sprouts… and I was pretty sure I wasn’t going to like them.

Our dishes came out shortly after I explained my trepidation to Winston, who somehow didn’t make fun of me to my face, and we started eating.

And the Brussels sprouts were fantastic! 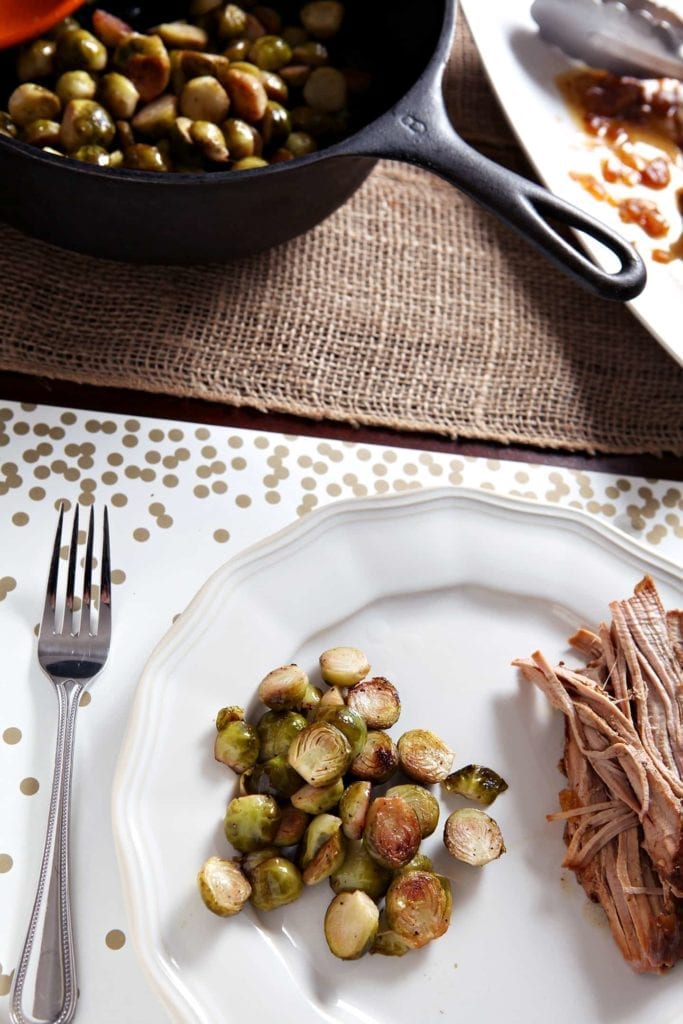 I’ve been a Brussels sprouts fan ever since, and I absolutely adore making them at home. Not only are they super simple to throw together, but the pack a major punch of flavor and can be changed up easily! While I normally add bacon or pancetta to my Brussels sprouts, we didn’t have that ingredient lying around one weeknight, so I added lemon juice instead… and it made these veggies so bright!

Here’s how I made these Lemon Roasted Brussels Sprouts:

Brussels sprouts taken to a new level with simple ingredients: olive oil, lemon juice, salt and pepper. This weeknight side dish is incredibly easy and delicious!

Do you have any experiences like I did with Brussels sprouts?