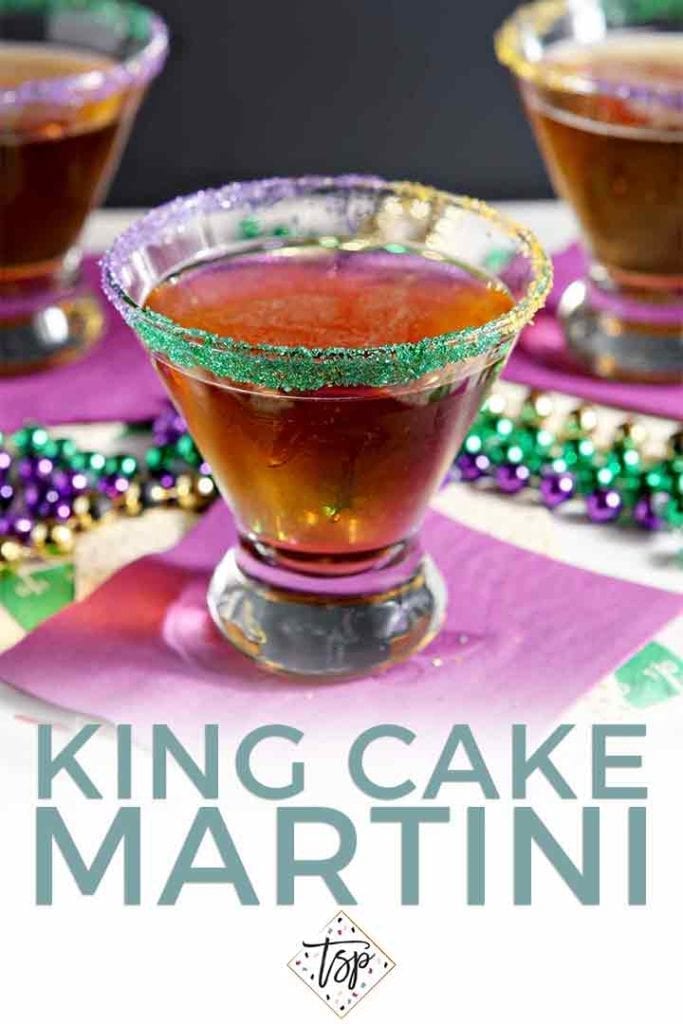 Celebrate Mardi Gras with a King Cake Martini! This twist on a classic dessert martini uses cinnamon vodka that you infuse yourself! (You can also purchase some from the store if that’s more your speed.) Mix it with hazelnut liqueur, white crème de cocoa, coffee liqueur and club soda to create the ultimate Carnival cocktail that looks and tastes like a traditional king cake. Makes up to 8 drinks.

With Fat Tuesday NEXT WEEK, what better time is there for us to mix up a dessert martini?

This King Cake Martini is sweet, utterly delicious and goes down soooooooooo easy that you’ll want a second or a third in no time. (Please heed my warning when I say to sip slowly, friends. Your head will thank you later.)

I’m a bit of a nerd when it comes to mixing my own cocktails, and I chose to infuse my own cinnamon vodka for it. However, if you don’t have the time for that because it takes 5-7 days, you can find cinnamon vodka at the store.

The cinnamon vodka the key to making this dessert martini taste like a king cake… because king cakes have a lot of cinnamon in them, and I wanted the flavor to shine without being overwhelming.

Combined with hazelnut liqueur, white crème de cocoa, coffee liqueur and club soda, it finds its balance. And with a rim of green, purple and yellow sugars, this cocktail looks the part of a King Cake, as well as tastes like one.

Need some more Mardi Gras inspiration? Head on over to my Mardi Gras recipe index for more ideas!

In addition to these tools, you’ll need a few ingredients, as well:

How to make Cinnamon-Infused Vodka

Measure the vodka into your mason jar, and add the cinnamon sticks. If they’re too large for the jar, break them in half.

Cover the mason jar, and let sit at room temperature (preferably in a cool, dark place) for 5-7 days to infuse.

Once infused, remove the cinnamon sticks, and strain with a fine mesh strainer. Transfer into a clean mason jar, and store until time to mix your martini(s).

How to make a King Cake Martini

First, rim the glasses with sugar. Dip the tips of the glasses into a shallow dish holding water. Sprinkle the three colored sugars onto a plate, careful to keep them separate. Dip the glasses’ edges into the sugar, and remove.

Pour the drink into the prepared martini glass(es). Top with club soda, and enjoy immediately.

Is a vodka martini really a martini?

A classic martini has gin, but vodka martinis are a thing, too!

What drinks are served at Mardi Gras?

Some classic New Orleans drinks are Bourbon Milk Punch, Pimm’s Cup, Sazeracs and Hurricanes. You could also make a twist on a classic, like a Beignet and Coffee Cocktail Shake and a Blood Orange Daiquiri!

What do you drink on Fat Tuesday?

You can drink whatever you like at Mardi Gras. I listed some classic New Orleans drinks above, and everyone has their own type that they enjoy the best.

Quick tips and tricks for the best King Cake Martinis

And if you’re interested in one of these? Well, here’s how you can make it:

Cheers to Mardi Gras and this King Cake Martini! The base of this drink is homemade cinnamon-infused vodka, which is made when cinnamon sticks are placed in a jar with vodka for 5-7 days. When the vodka is cinnamon-y, mix with hazelnut liqueur, white crème de cocoa, coffee liqueur and club soda. This Carnival cocktail looks and tastes like a traditional king cake. What better way to celebrate Mardi Gras than by sipping on a King Cake Martini?

Please note that the Cinnamon-Infused Vodka makes enough for EIGHT cocktails, but the cocktail recipe is just for one. You can easily double/triple/quadruple the recipe for cocktails, depending on how many need to be made.

Please note that the total time does NOT include the 5-7 days for the vodka to infuse.

If you want to make this without infusing your own cinnamon vodka, consider purchasing one from the liquor store! Several brands make them now.

How do you feel about sweet drinks?

Would you drink a King Cake Martini? 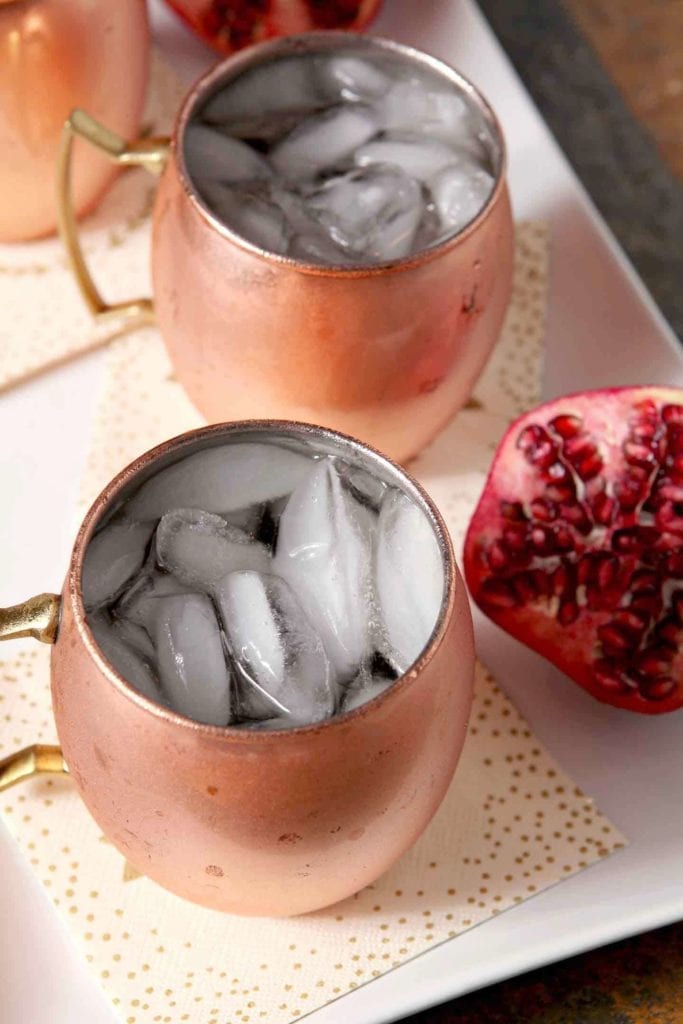 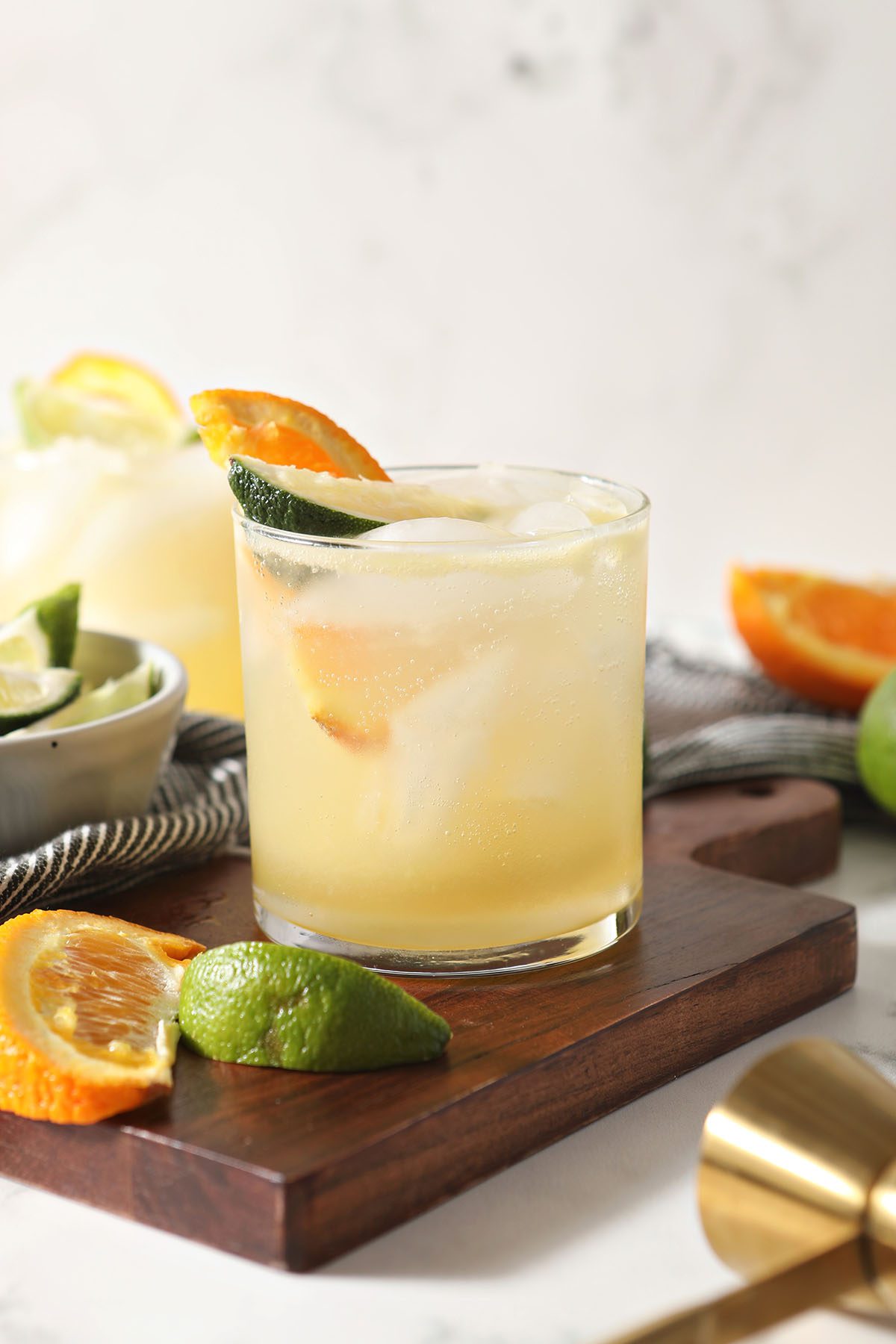 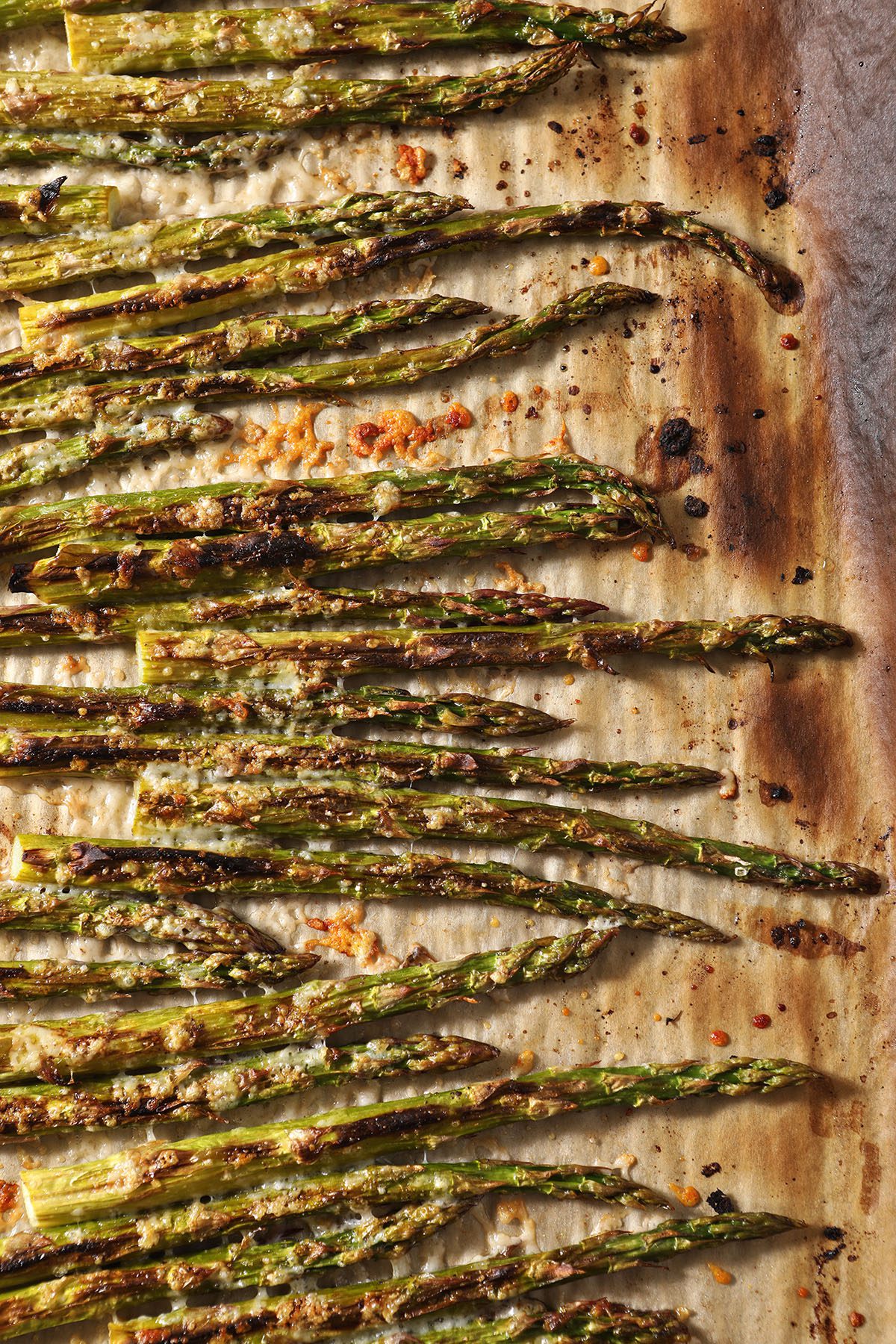 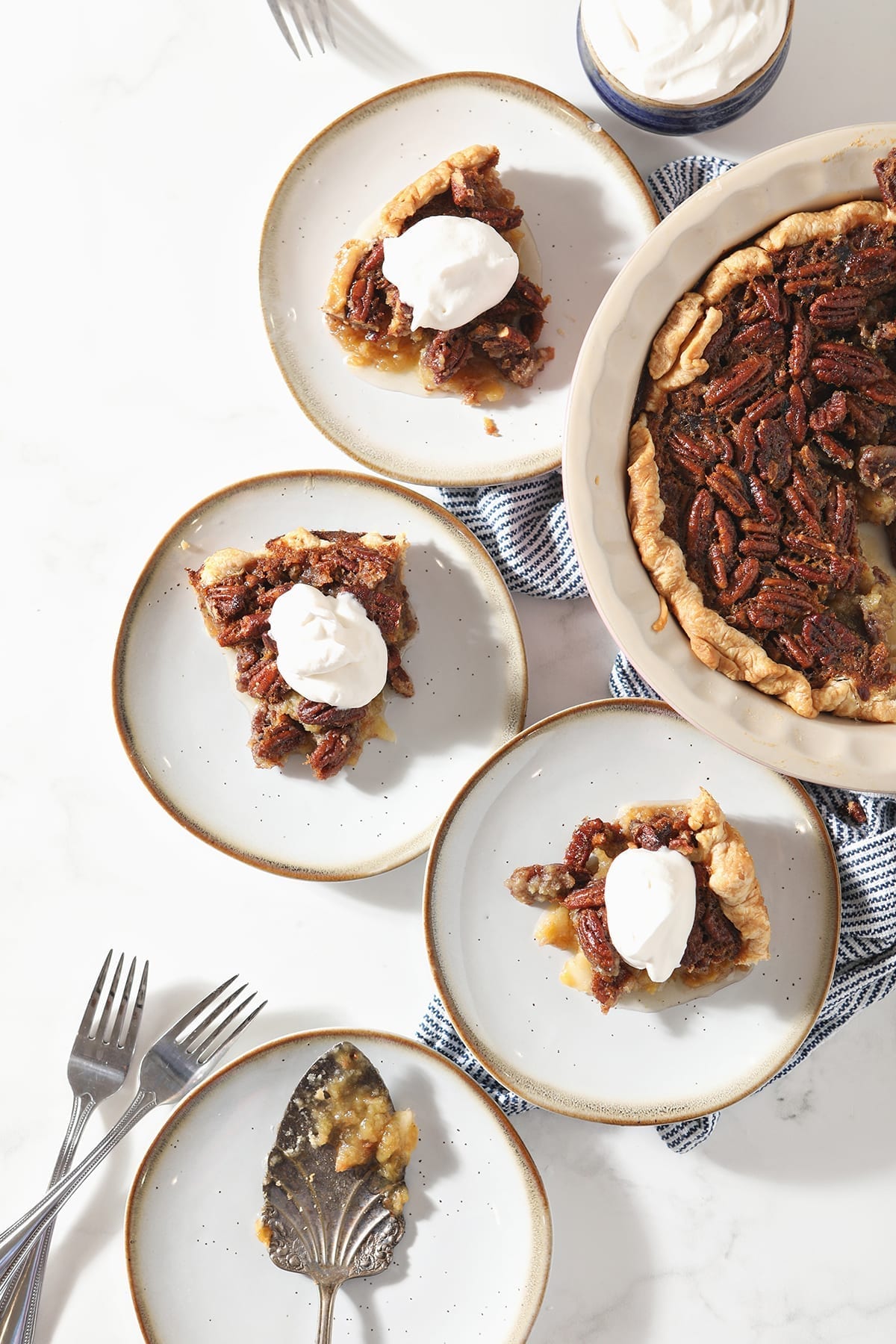