This post is sponsored by Boardwalk Food Company. I received free product to try as a part of this post. As always, all opinions, thoughts and recipes are my own.

Olive Oil Parmesan Spice Dipping Sauce is an easy-to-make dip that tastes delicious with any savory bread. This dipping sauce works with bread at the beginning of a meal or paired with an appetizer, like Boardwalk Food Company’s Rosemary Sea Salt Pretzel Poppers.

The kind folks at Boardwalk Food Company approached me a few weeks back, wondering if I’d like to give their pretzel mixes a try.

Let’s be real, y’all: I’ve made pretzels from scratch before. They’re delicious… but they take a long freaking time and a lot of work.

So when I learned that Boardwalk’s pretzel poppers require beer, a quick mix, then you bake them, I was intrigued and said I’d love to give them a go. They sent me a box with two of their mixes a short while later. 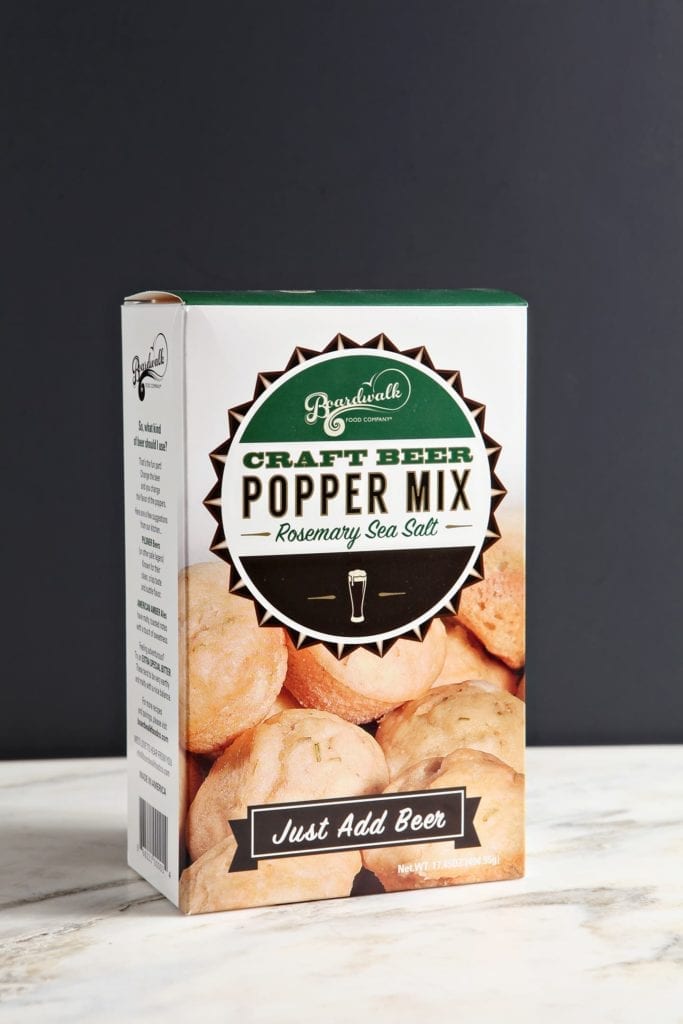 These Rosemary Sea Salt Poppers were out of the oven in 20ish minutes — our oven is o-l-d, so I feel like the -ish is necessary here. Once they were out, I brushed them with some melted butter, as per the box instructions, and they were good to go.

The poppers were delicious. The sea salt is apparent when you bite into them, as is the rosemary, but neither were overwhelming. And the texture was on point. You know how when you make bread at home sometimes, and it feels like a brick? Yeah, that’s not the case here, and the pretzel poppers had a good pretzel-y texture without being too dense.

So, when these turned out beautifully, I knew I wanted to make you something to pair with it to make it even more tempting instead of just saying, ‘Hey, this is tasty. Go try it.’.

Also? I have a coupon code at the bottom of this post so y’all can try out these pretzel poppers for 30% off, too! So scroll on down for that! 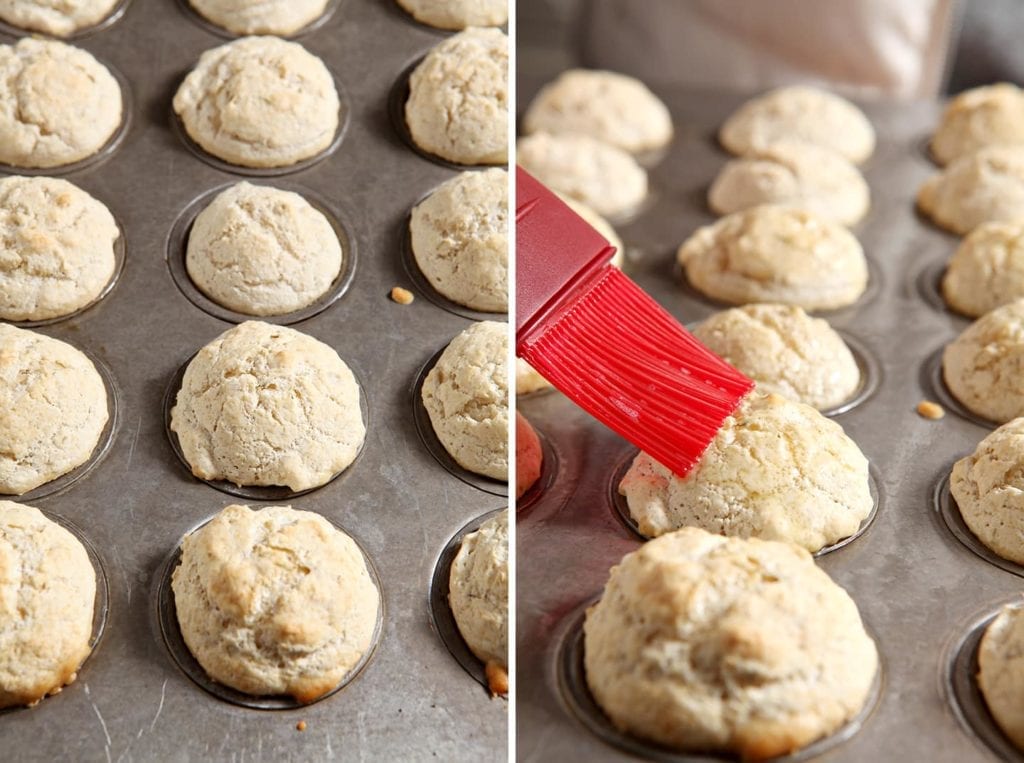 This Olive Oil Parmesan Spice Dipping Sauce is something I’ve been making for nearly 10 years. It came about when I studied abroad in Italy, though I’d had it before at Italian restaurants.

You know that dip, right? The one that the waiter makes tableside, and it seems so fancy because he’s pouring olive oil over several herbs, and it smells and looks and tastes delicious?

Well… the thing is… the town where I lived in Italy, the bakers apparently didn’t salt their bread. Which meant the bread tasted like nothing. And instead of just avoiding the bread — we consumed a pasta course every night, too, so it wasn’t like we needed those carbs, right? — my classmates and I made variations of this dipping sauce. 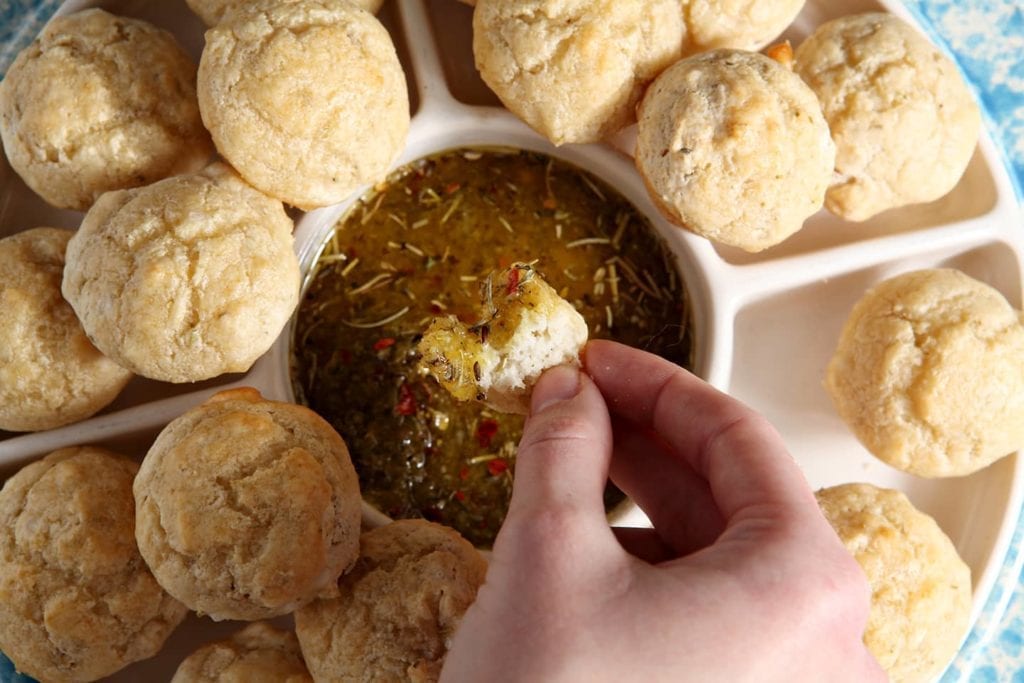 Everyone had their own rendition of what they liked, and I found that I gravitated toward adding a lot of parmesan, salt and pepper to my olive oil before drenching my bread in the mix.

When my summer abroad was over, I brought back this dip to the States. I’ve been making it ever since, even though the bread I get here is significantly better than the Italian bread I ate back in the day. (Who’d have thought?)

Here’s how you can make this dip at home:

Olive Oil Parmesan Spice Dipping Sauce is an easy-to-make dip that tastes delicious with any savory bread. This dipping sauce works with bread at the beginning of a meal or paired with an appetizer, like Boardwalk Food Company's Rosemary Sea Salt Pretzel Poppers. 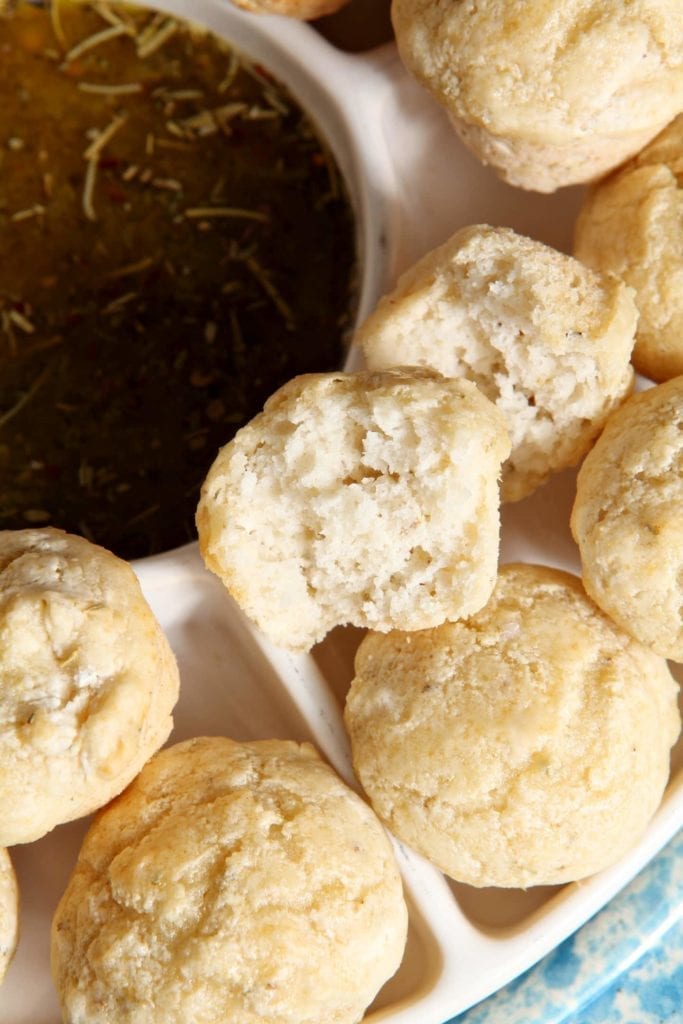 If you’d like to try some of Boardwalk Food Company’s Craft Beer Poppers, pop on over to their website and use the code SP16, which will be good for 30% off poppers and pretzels through April 2, 2016!

Have you ever made a dipping sauce like this?