Apple Pie is a well-loved dessert, and Bugga’s Apple Pie is a family favorite. The pie is filled with tart Granny Smith apples that are tossed in lemon juice, flour, sugar, cinnamon and butter, then bakes until golden brown and delicious. Serve with a scoop of vanilla ice cream, and this pie is perfection. I’m sharing this recipe and these photos with y’all today because this pie could not have been made without the help of my mother, whose birthday is today. Happy Birthday, Mom!

Pie making is a big deal in my family. My grandmothers all baked pies when I was growing up, and it is still considered a time-honored tradition on both my mom’s side and my dad’s side of the fam. When I was a kid, I spent a lot of time in the kitchen marveling over my grandmothers’ skills, especially when they were baking, and that love has carried over into my adulthood.

However, no matter how much I love baking and baked goods, I generally don’t make pies.

Call me high-maintenance, but I find pies take a lot of time to pull together, and most of the time, this is too much for me, and I’ll bake up a batch of cookies or brownies or maybe a cake instead. However, if I do indeed decide I am going to make a pie, I want an additional pair of hands in the kitchen helping me out.

This lovely Apple Pie, a riff on my Bugga’s classic, was whipped up during one of those times when I had some extra hands in the kitchen… specifically hands that know how my Bugga’s pie is made. 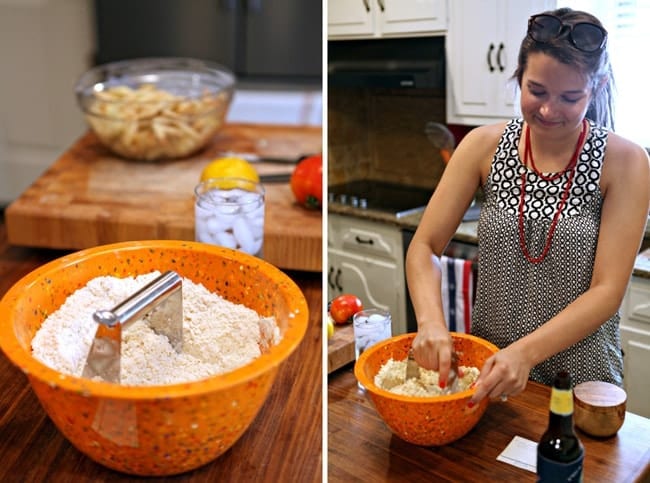 My mom visited Dallas back in July, and for the Fourth of July, we decided it would be appropriate to make a rendition of Bugga’s Apple Pie, a pie of my grandmother’s that I have always loved and attempted to recreate without much success. 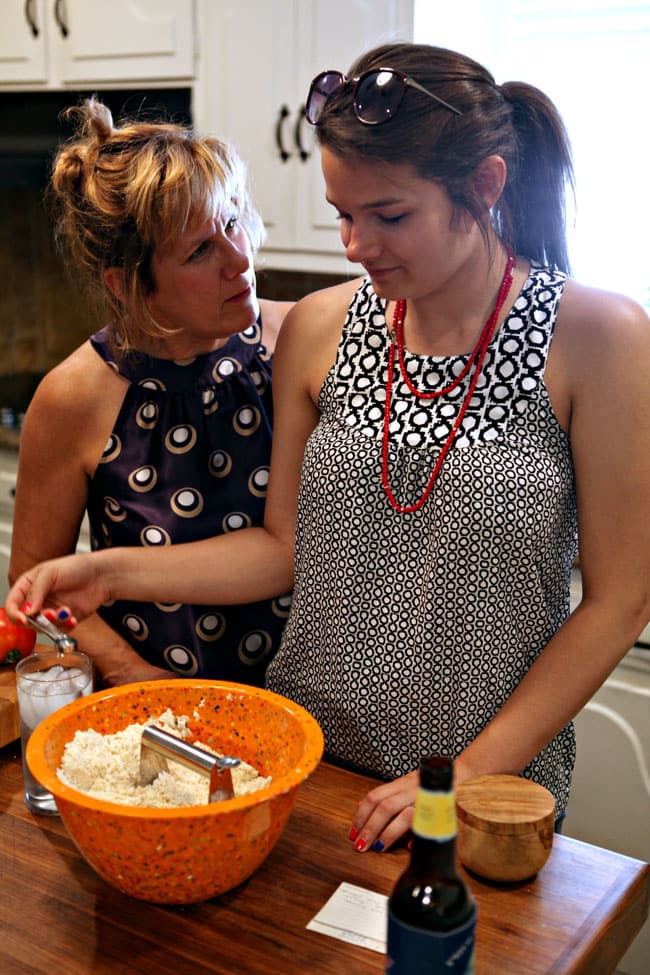 I made the pie crust, something that has taken me more time than I would care to admit to perfect, and while I was doing that, my mom made the apple filling.

And it was there that I learned why my apple pies had been less delicious than I remember.

According to my mom (and her mom, as Bugga knew these things and passed on the knowledge), for an apple pie to have full-out flavor and for the filling to be wonderful, you’ve gotta mix in the ingredients bit by bit. As in my mother was sprinkling in a little sugar, a little cinnamon, a little butter over the apples and mixing the ingredients with her hands until the filling was deemed the right texture.

She measured out the ingredients so we could know for sure. And I’m SO thankful for this because I’ll have a guide to go off of for the rest of time and will hopefully be able to recreate this decadent, traditional pie.

After I was done with the crust, we popped it in the fridge for about an hour, then we set to rolling it out.

Well, Mom rolled it while I photographed. Because, again, four hands in the kitchen makes it SO much easier… especially when you’re photographing something as you’re making it. 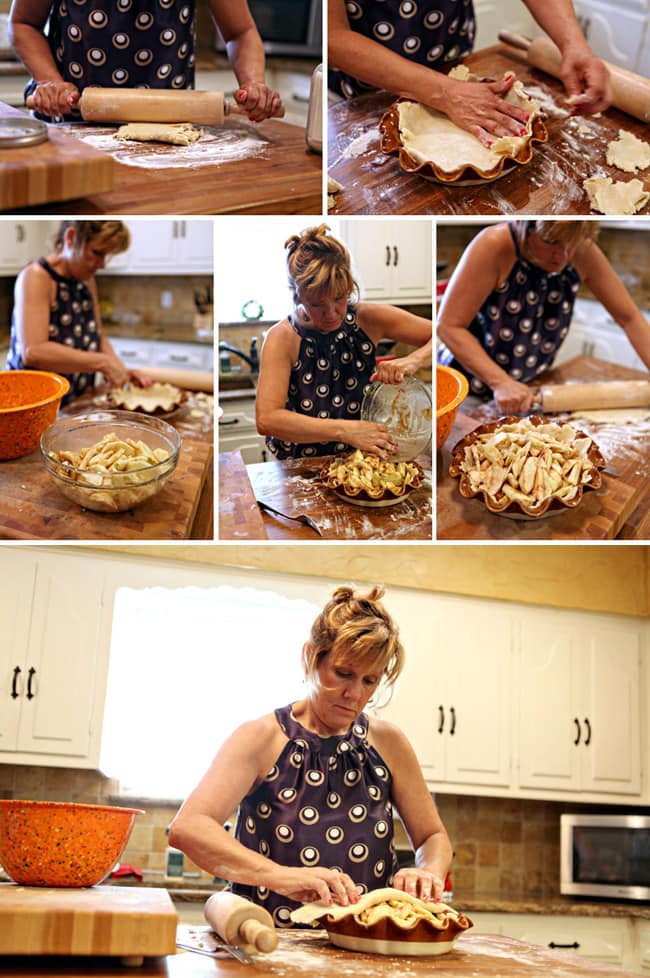 So my mom rolled out the pie crust, poured the apple filling mixture in, then proceeded to roll out the top of the pie crust.

She even crimped the edges of the pie while I photographed.

Yes, we were totally fancy. 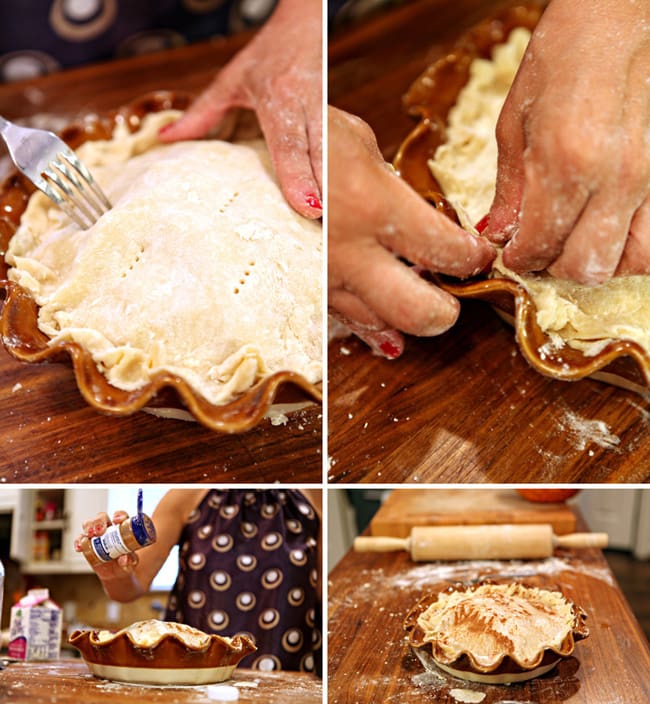 And once she’d topped the pie with a little half-and-half (“to help make it golden brown,” she says,) sugar and cinnamon, we popped this pie in the oven and let it do its thing.

Here’s how you make it:

Apple Pie is a well-loved dessert, and Bugga's Apple Pie is a family favorite. The pie is filled with tart Granny Smith apples that are tossed in lemon juice, flour, sugar, cinnamon and butter, then bakes until golden brown and delicious. Serve with a scoop of vanilla ice cream, and this pie is perfection. 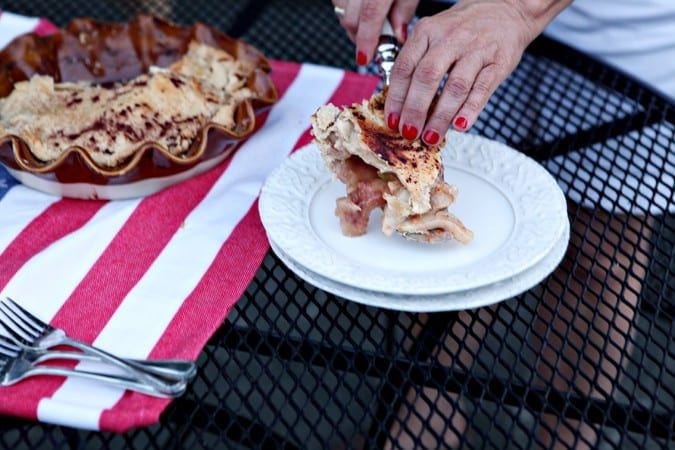 Does your family have any food traditions like mine does with pies? 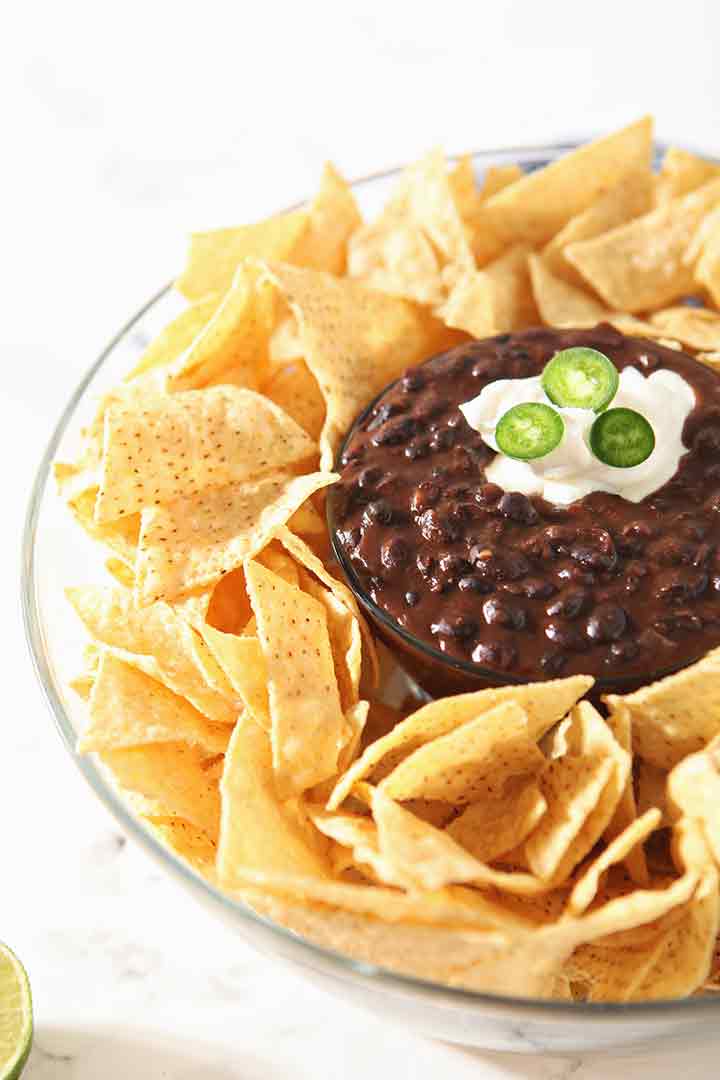 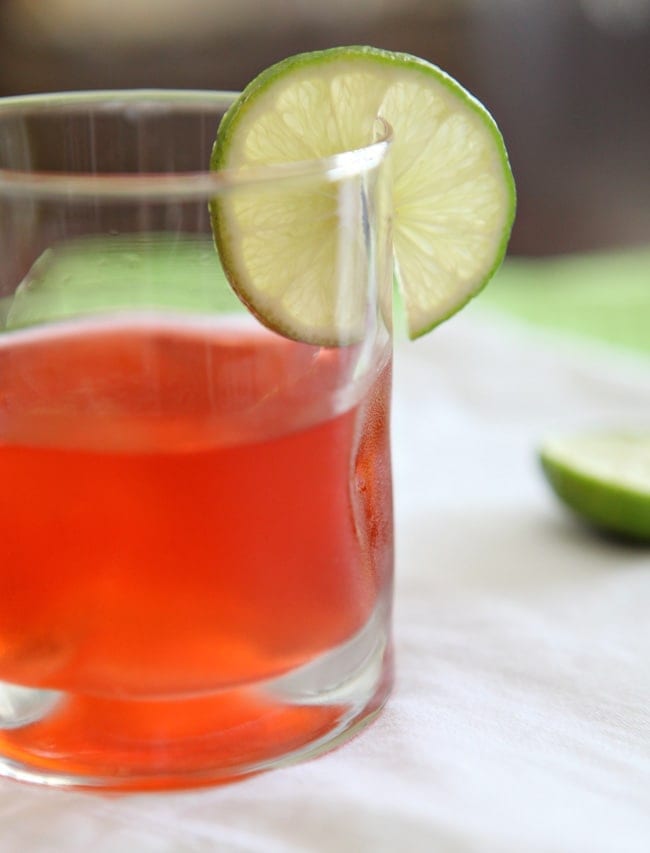