You are here: Entrees » Broccoli Cheddar Soup
Jump to Recipe

It’s kind of absurd, really, but I’ve been told this is what Texas weather is like for most of the year… which definitely explains why we might be having a “winter storm” starting tomorrow and bleeding into the weekend, if the weathercasters are to be believed.

I grew up in Memphis, and as a Memphis girl, I have a deep skepticism of what weathermen/weatherwomen say.

I know, that sounds kind of absurd, but I have my reasons. Mainly because the weatherfolks would get everyone riled up during the wintertime about “an ice storm coming across Arkansas,” telling us to run out to the grocery store to get bread and milk. (Because those are the foods you’d want during an ice storm, right? Uh…) And inevitably, this horrible ice storm that was clearly going to debilitate the city for days would either pass north or south of the city or just dissipate in the middle of Arkansas, leaving us all with questioning looks on our faces and an abundance of milk and bread that needed to be consumed before they expired.

My experience has taught me to doubt, which makes me really sad because I know some wonderful weathercasters and meteorologists who should be believed because they DO know what they’re talking about.

So I’ve made this soup today just in case the weather gets bad tomorrow, and I need something warm to eat while it ices outside. Not that I believe it’s gonna get bad, but because I like to be prepared… even if I don’t subscribe to the idea that purchasing a gallon of milk (that I can no longer drink) and a loaf of bread are all you need to weather a winter storm, which was strongly supported by the local weatherpeople of Memphis during my childhood. 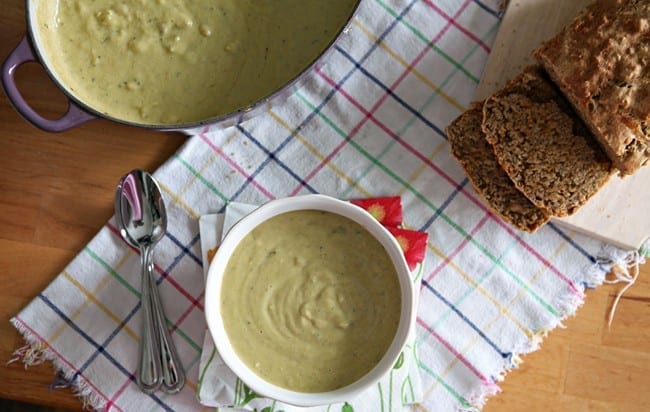 The making of this soup is pretty traditional, as far as Broccoli Cheddar goes, and it’s scrumptious. It’s more heavy on the vegetable part of the soup than the dairy, which makes me happy, and it works well as a leftover. I know this because I may have eaten this soup for several days after it was initially conceived back in the fall.

Here’s how you can make your own. You know, if you’re potentially going to be waiting out a “winter storm” like we are here, and you want some home-y recipe to get you through the chilliness:

Broccoli Cheddar Soup is the ultimate wintertime comfort food! Cook up a pot of this luxurious soup to combat the winter blues and the cold temperatures tonight. 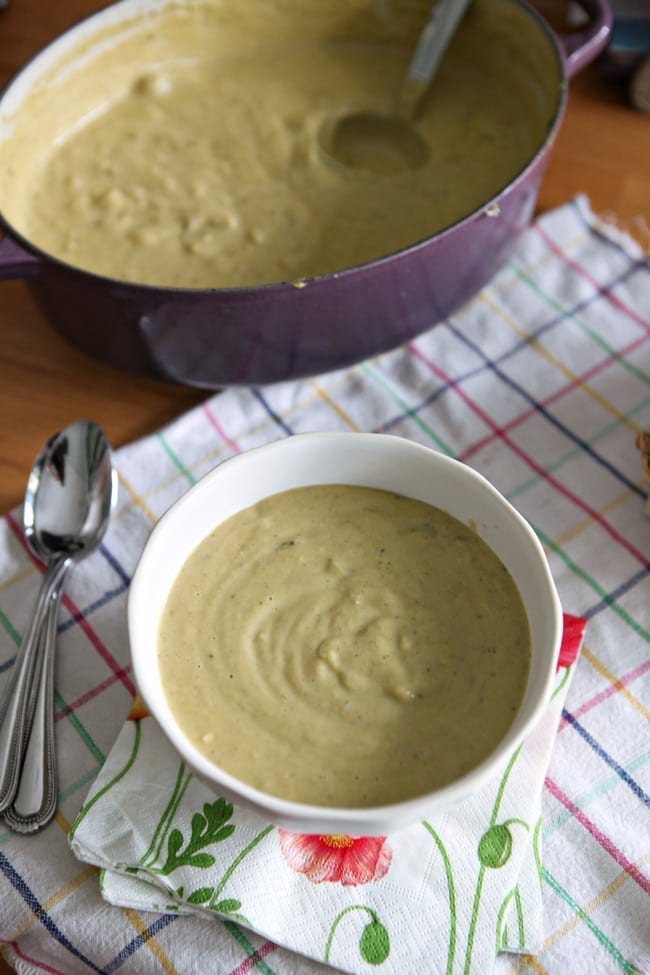 What is your winter weather essential food to get through a potential storm?