This shop has been compensated by Collective Bias, Inc. and its advertiser. All opinions are mine alone. #TriscuitSummer #CollectiveBias

Cotija Corn Avocado TRISCUIT Crackers —  CotijaCornOcadoScuits — are the perfect summertime appetizer! Corn is boiled in its husk, then grilled for a lovely char. An avocado is sliced. Cotija cheese is crumbled. TRISCUIT Original Crackers are topped with an avocado slice, the corn kernels and the cotija before being devoured. This savory, slightly salty appetizer makes a tasty vegetarian starter for any crowd this season! 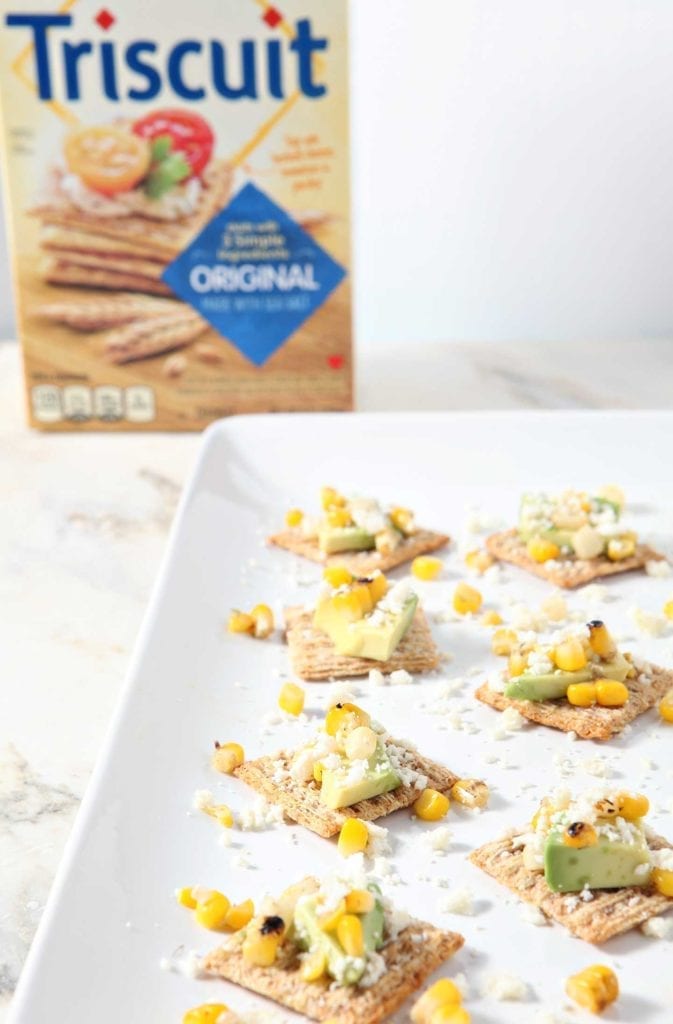 OK, so depending on where you live, maybe it’s not hot hot yet, but it’s getting pretty steamy in Texas. And for someone who has lived her entire life in the South, you’d think I would be used to this by now.

So as we brace for summer temps, we should fire up the grill, guzzle chilled drinks and eat foods that don’t require an oven. 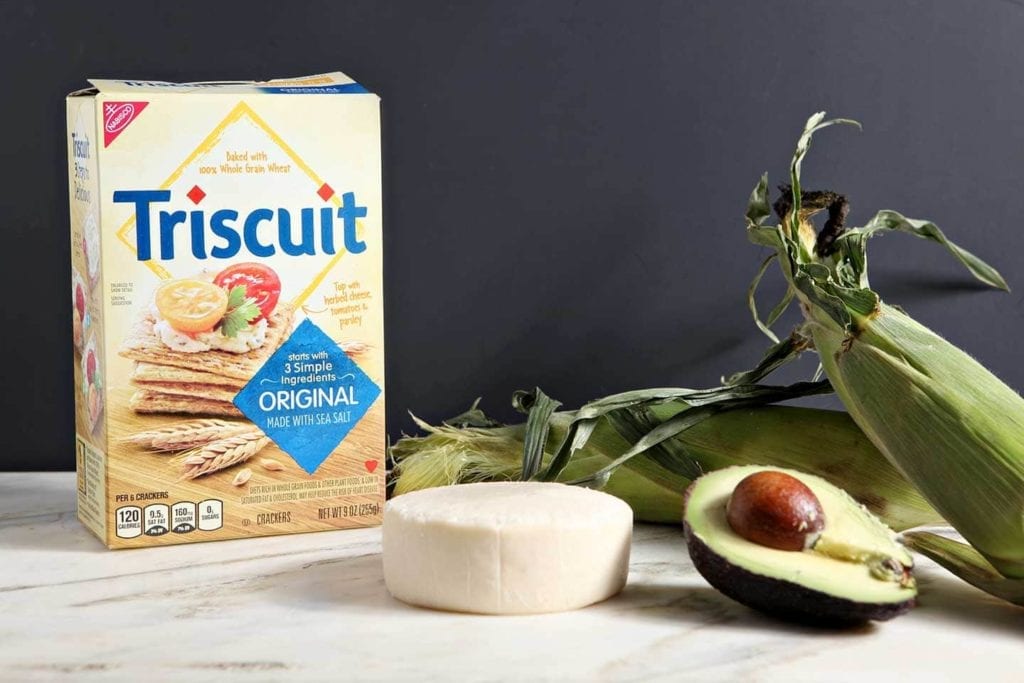 Summer is the perfect season for entertaining. As I’ve gotten people together throughout the years, though, I have come to realize I don’t have a lot of go-to summer appetizers that do not require the oven.

Because if it’s gonna be hot outside, I don’t want it to be hot inside, as well.

So when I was given the opportunity to make these Cotija Corn Avocado TRISCUIT Crackers… or CotijaCornOcadoScuits for short… I knew I had to try them out! 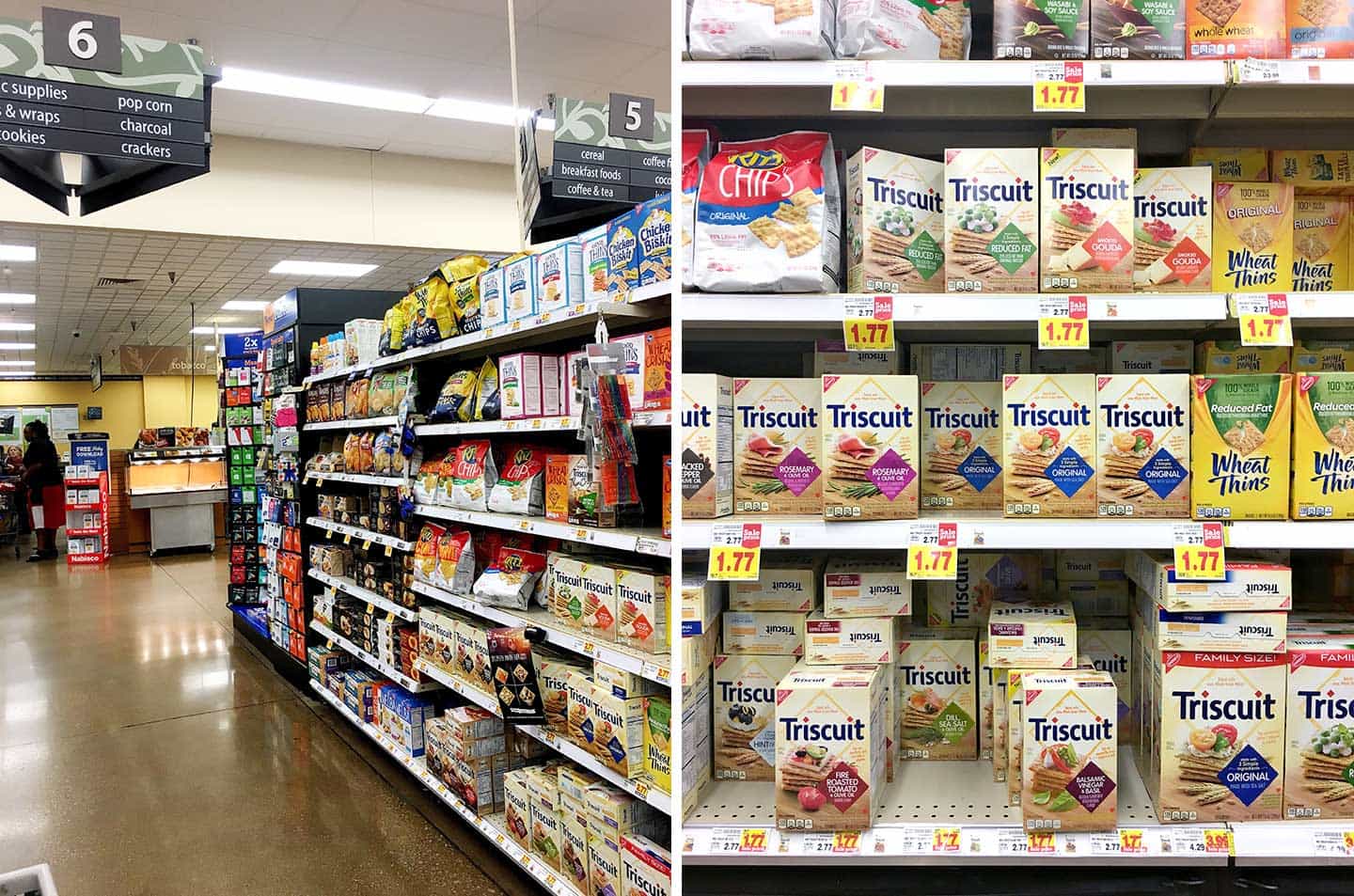 I headed down to my local Kroger. Kroger is my go-to grocery. Not only are they closeby, but they are great about carrying all the ingredients I might want to include in my recipes. Not only do they have a large produce selection, but their stock of diverse food items from around the world is fantastic.

Once at Kroger, I picked up a box of TRISCUIT Original Crackers. I found all the flavors of TRISCUIT Crackers on the shelves of the cracker and cookie aisle. I think the TRISCUIT Reduced Fat Crackers, TRISCUIT Hint of Salt Crackers and TRISCUIT Cracked Pepper & Olive Oil Crackers would all be delightful with this recipe.

My thinking behind this recipe was this: TRISCUIT Crackers are delicious topped with all kinds of favorite ingredients, whether it’s fruits, veggies, spreads, cheeses, jams and more. And they’re perfect for this appetizer because they add a delightful crunch that pairs beautifully with the creaminess of the avocado, the charred sweetness of the corn and the saltiness of the Cotija.

While at Kroger, I also grabbed two ears of corn and a large avocado from the produce section and Cotija cheese from the cheese aisle… then I headed home to make this appetizer.

The most challenging thing about CotijaCornOcadoScuits is actually arranging them for display.

The only ingredient that needs cooking is the corn, and that takes 20 minutes tops. I boiled mine in the husk, then peeled the husk off and tossed them on the grill for a good char. And if you don’t have a grill, use a grill pan for the corn. It’s totally worth it because the char adds such depth of flavor to the sweet corn. Once the corn cooled slightly, I cut the corn off the cob and set it aside. Ready to arrange these beauts?

Set out all the TRISCUIT Crackers on your platter of choosing. Slice the avocado, and place a small TRISCUIT-sized slice of the avocado into each TRISCUIT Cracker. Carefully spoon the charred corn onto the avocado. Using your hands, crush the Cotija and sprinkle on top of the CotijaCornOcadoScuits for the finishing touch.

While it’s a little challenging to get more than just a few kernels of corn onto the appetizer, do your best. It doesn’t have to be perfectly arranged or styled — your guests won’t mind. 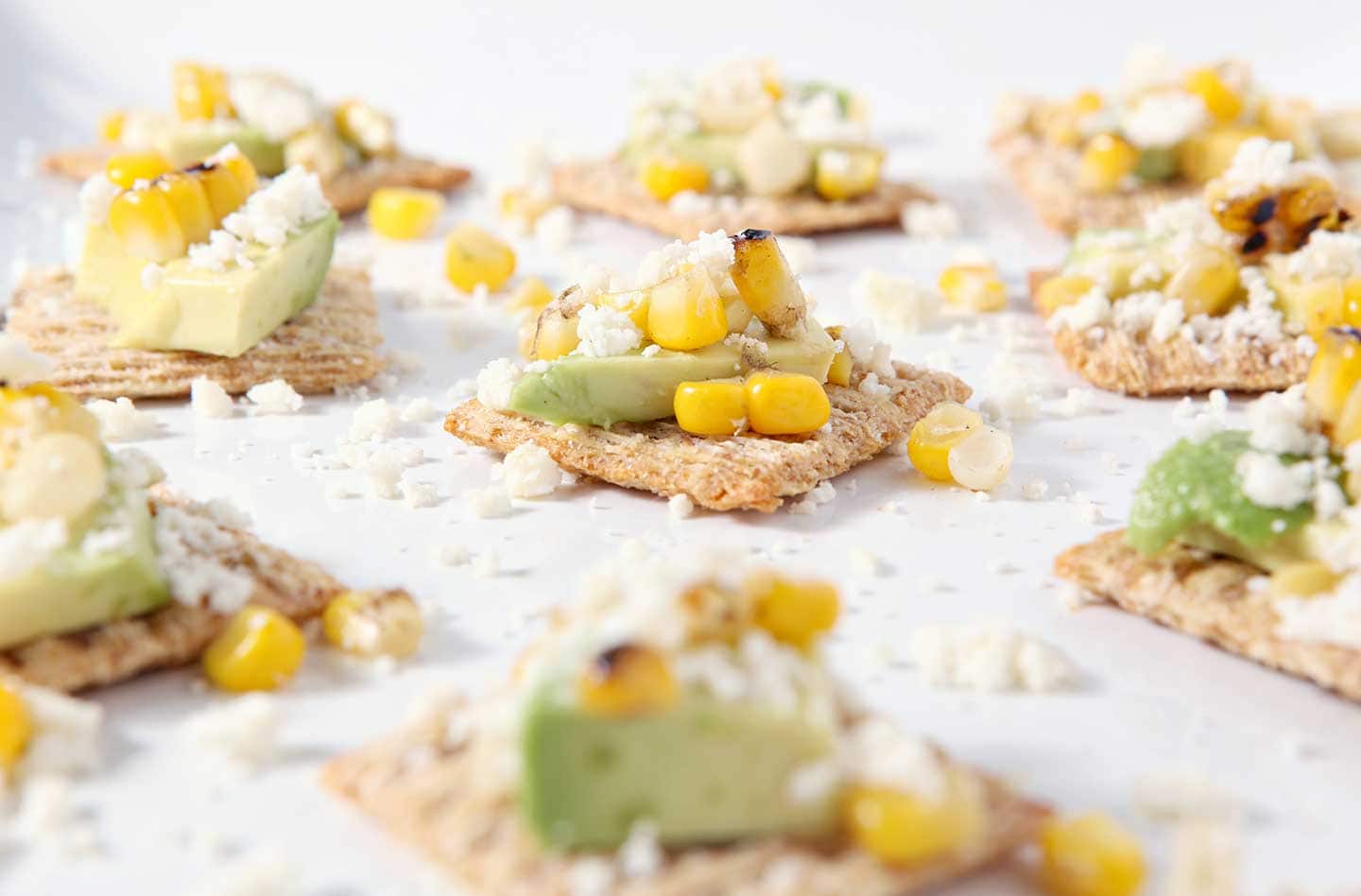 After I made and photographed these beautiful CotijaCornOcadoScuits, my husband, my friend and I stood around the platter and ate EVERYTHING. The entire box of TRISCUIT Crackers. All of the avocado. All of the corn. Not all of the cotija, but that’s only because the wheel I got was huge.

That’s what I call a success, y’all, and I will 100% be making these for more get-togethers this season! 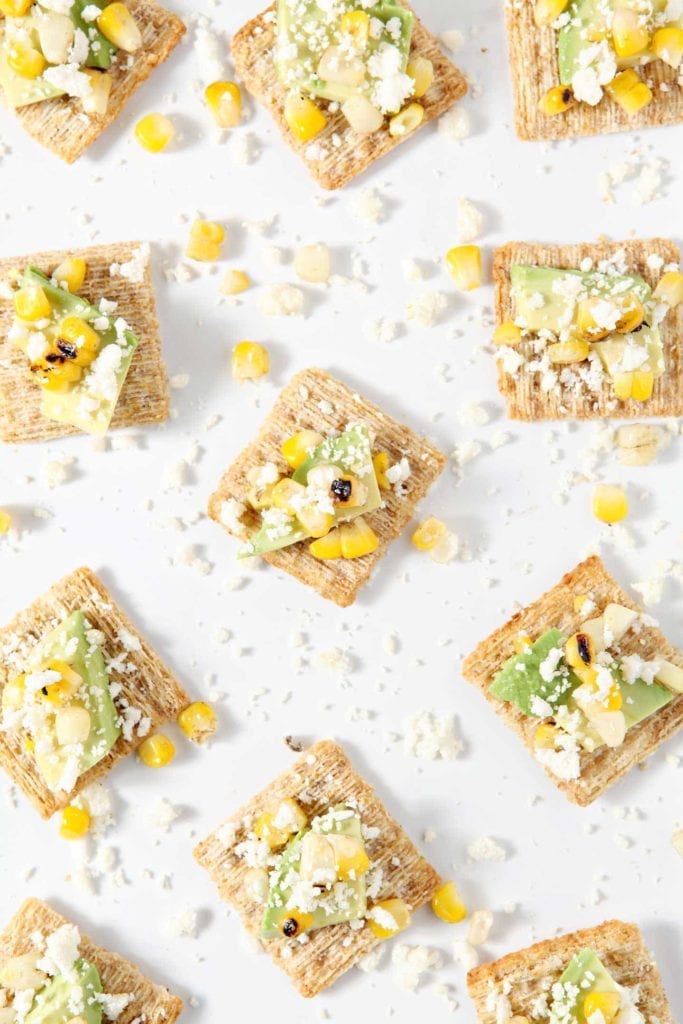 Scroll on down to see how we made ’em…

Cotija Corn Avocado TRISCUIT Crackers -- CotijaCornOcadoScuits -- are the perfect summertime appetizer! Corn is boiled in its husk, then grilled for a lovely char. An avocado is sliced. Cotija cheese is crumbled. TRISCUIT Original Crackers are topped with an avocado slice, the corn kernels and the cotija before being devoured. This savory, slightly salty appetizer makes a tasty vegetarian starter for any crowd this season!

What are your favorite summertime appetizers?